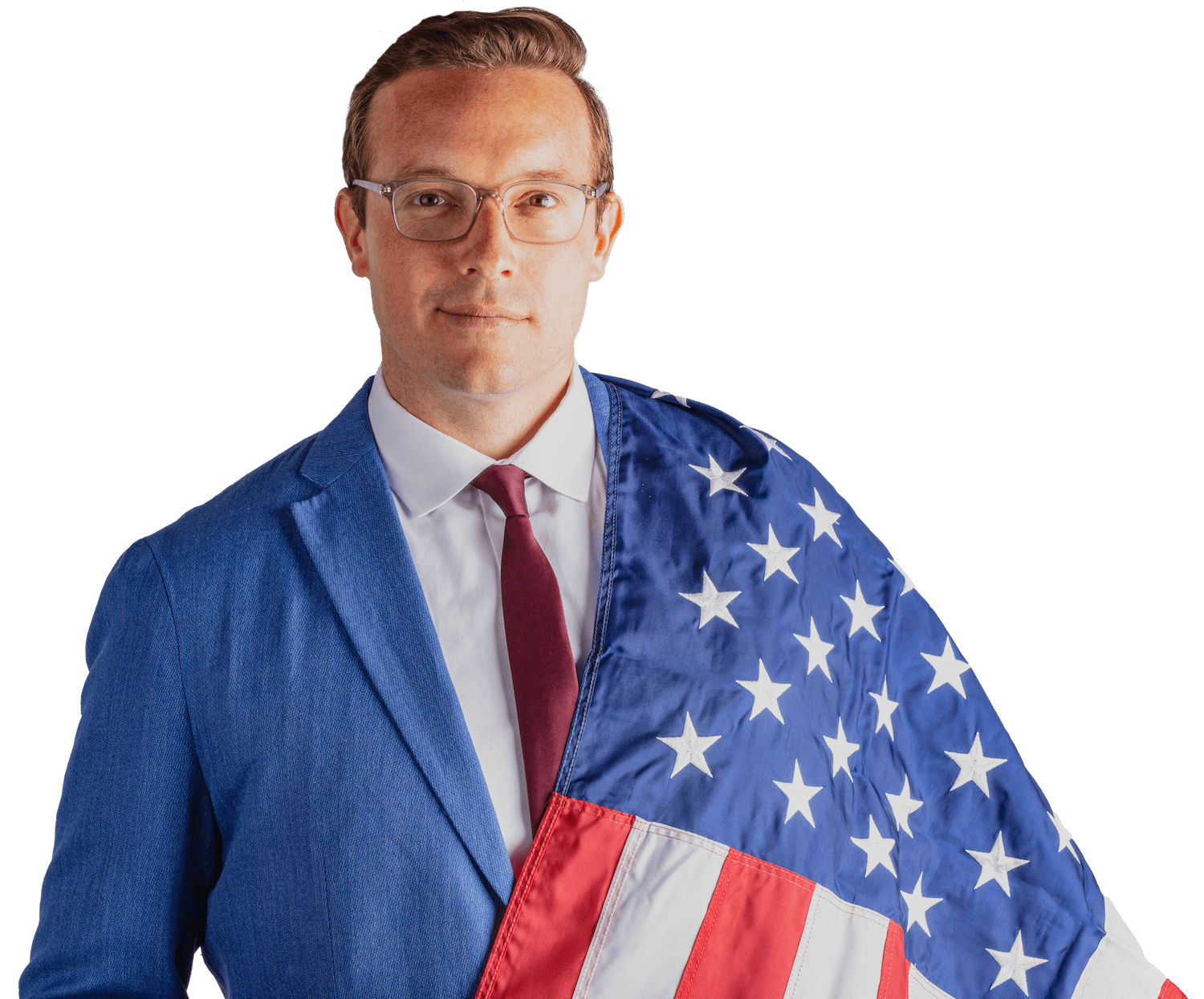 Although you’ll usually catch him rocking just his customary untamed cut, Benny Johnson is a man who wears many professional hats. He’s been called the “Godfather of the Conservative Internet”, he has millions of followers across his social media accounts, and he creates viral political videos that have billions of views of online.

Benny currently serves as the Chief Creative Officer at Turning Point, USA. He also hosts his own eponymous show on Newsmax TV called, The Benny Report. Whether in front of or behind the camera, Benny’s signature sense of humor and trademark wit have earned him recognition all over the political world.
‍
He’s worked previously as Viral Politics Editor at Buzzfeed, Viral Politics Editor at TheBlaze, Digital Director of National Review, and Creative Director at International Journal Review. Benny has taken his flair for the peculiar culture of the web with him to each stop and remained ahead of the curve in using the burgeoning medium to reach a growing audience for a decade.

Despite his sizable online presence, Benny also loves engaging in person. He has a fondness for expressive clothing and has become an onstage fixture at Turning Point’s youth outreaches—often participating in larger than life sketches to the delight of younger audiences.
‍
Though gifted with a large personality, Benny is a man of simple tastes. He prefers to spend his free time with his wife Kate and his newborn daughter Ellouise. He enjoys sitting down with glass of whiskey and a pipe, preferably after a meal featuring as much meat as he can fit on the grill. Benny hails from Cedar Rapids, Iowa and graduated from the University of Iowa. He currently resides in Washington D.C.